4 Reasons to Choose a Kitchen Peninsula Over a Kitchen Island

Kitchen islands are a popular way to increase countertop space and storage space, but have you ever heard of kitchen peninsulas? They're a little like kitchen islands, but they aren't freestanding. While islands usually sit near the centre of a kitchen and aren't connected to the walls, a peninsula extends from one of your walls, forming a longer, thinner section of countertop with cabinets beneath.

Here are just four reasons why you should choose a kitchen peninsula over a kitchen island.

1. Peninsula Kitchens Don't Take Up as Much Space

If your kitchen is on the smaller side or you simply want to save as much space as you can, a kitchen peninsula is going to work better than an island. Islands tend to be larger and squarer, which makes them hard to place in smaller kitchens. When placed in the centre, they usually restrict space around your kitchen. A peninsula doesn't take up as much room and leaves the middle of your cooking area free, so you won't feel as cramped.

You just read that kitchen islands are usually larger than kitchen peninsulas, so how can peninsulas offer more counterspace? It all comes down to how that space is used. Peninsulas are thinner and more rectangular, so you essentially have one long countertop. With a kitchen island, you can't use all of the countertop space without reaching inconveniently far forwards.

3. Peninsula Kitchens Are Easier to Add

If you're building a kitchen from scratch, a kitchen island is just as easy to add as a kitchen peninsula. However, most people will be remodelling rather than starting from nothing, and peninsulas are a lot easier to add as part of a remodelling project. Since they are attached to a wall, you don't need extensive plumbing or electrical work to bring outlets and water to your new food prep area.

Finally, a peninsular kitchen gives your food prep area slightly better flow. Instead of blocking things up with an island right in the middle of the room, a peninsula creates a natural entrance and exit—that's why they're usually used to create G-shaped kitchens. This is particularly beneficial if you want to create an open-plan kitchen/dining area while still keeping the each area subtly separate. A peninsula can be used to separate the kitchen area from the dining area. Most people add stools along the dining room side to create a handy breakfast bar.

Contact a design expert for help deciding on kitchen designs. 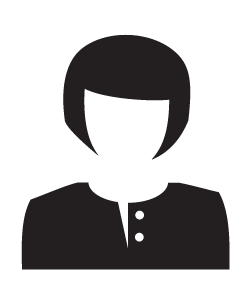 The kitchen is often referred to as the heart of the home, and as someone who enjoys cooking, I spend a lot of time in the kitchen and need it to be functional and easy to maintain. In the past, I sacrificed style for functionality, but as I use my kitchen frequently, I wanted the space to be aesthetically pleasing and enjoyable to spend time in. I began reading interior design and home improvement books to gain some inspiration for transforming my kitchen without breaking the bank, and I now have a kitchen that's stylish and does what I need it to do. The kitchen is often overlooked when it comes to home decor, so I started this blog to share what I've learned with others who don't want to spend time cooking in an ugly, outdated room. I hope you find my blog useful.